xbox 360 games - Halo 3 now back compatible with Xbox one!

This is an old video of my nephews playing Halo 3

around 8 years ago. Before it gave me the famous 'ring of death'!

I've send my xbox for repair but 3 months later it happened again. I got fedup and went to buy the PS3

The stupid PS3 too, gave me the red ring of death!

That's why, I prefer gaming on the pc

. Later on, I decided to sell off my xbox and ps3 games. But, lucky for me, I didn't manage to sell all of them.

Recently, I decided to buy a Gears of War

version of the xbox one 'S' because I loved the games. And, the design was pretty sick!

I've even bought a pc version of the game. But, microsoft suckers us by not informing buyers and doesn't even offer a FREE of the latest GOW Pc updated version. I paid for that damn game and I can't play it!

Way, to suckers us, Microsoft!

Anyway, the other reason I bought the latest xbox one was because of the ability to play your older xbox 360 games. I'm so happy that I didn't sold off my games. Well, I did sell it off to some kid but he decided to return it after encountering disk errors.

I told the kid, that maybe, it's his xbox that's having problem reading it. He didn't believe me. So, I paid him back the money. I was right. All the games, work fine on my xbox S one. I've already added and updated most of my games to the new S one. 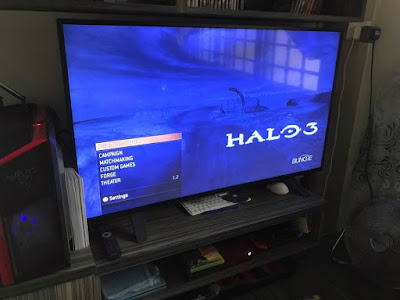 I haven't played any Halo games for a long while. It actually felt weird. I'm used to using the left trigger for zooming in before shooting. But, you can't do that in Halo games. I'm having headaches after playing it for awhile. 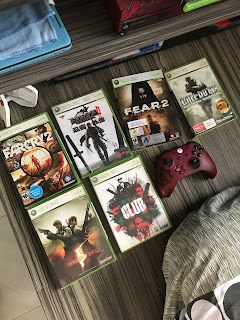 I'm still hoping they gonna update for 6 of these games in my collections. I also have games I bought for the PS3, which I still kept. Sony, what de f*ck you waiting for!

If they can do it for the xbox, why not the PS3?

I've already sold some of my favorite games on the PS3. But, I decided to keep the rest. You never know.

The good news is, the latest xbox one x

are also back compatible with your older games. Just like Nintendo 3ds

It would have been great, if my 3ds games collections can be played on the nintendo switch

Anyway, hope you enjoy the video!

Have fun and don't forget to subscribe to our blog for latest games and tech updates!