I've been busy playing around with my Blackberry Classic which came out in 2014, five years ago. I recently bought it to be used as a second phone. And, I'm loving it. It reminds me of my Q10, which I had back then. Miss that phone.

The main difference with the BB Classic from the Q10 is that it's a little bigger and has a touch screen. Read up on my past Q10 post here. I've been searching for a good racing game to play on my Blackberry and finally able to install and play Need for Speed Most Wanted.

I was curious how it'll compare playing the same game on my latest Samsung Note 10+. Which, of course, has more powerful specs. Decided, to make a video and you can see for yourself. It's pretty obvious playing the game on a Note 10+ is much much better. But, the Blackberry Classic ain't no slouch either.

In all, I'm just happy to be able to play NFS Most Wanted on my Blackberry. Remember, Google play store is not available for Blackberry. I had to go through loops to install this game. If you're interested to learn how to install Google play on your Blackberry 10, click here. Advisable to access this site via your phone. You'll be able to immediately download the necessary apk files.

Once, you finished installing and able to go to the google play store, you'll be like a kid in a candy store. But, not all games can be downloaded and played on a Blackberry Classic. Some new games are not compatible with a BB Classic. I was able to download and use Facebook lite and updated Whatsapp. I'm glad, I can play Zen Studios Marvel pinball.

I'm actually now looking at Blackberry Key2. It's an interesting android version of the latest Blackberry phone. I'm hoping Key3 would be better though. The screen can be larger without the navigational buttons below the touch screen. You already have a keyboard. Why you need them? The keyboard is practically why people buy a blackberry phone. Use it!

Get the Blackberry or Samsung Note 10 + latest phone via the links below!

I'm wondering why Blackberry won't design a 'laptop' phone. You can flip the phone open and includes a larger keyboard. You'll have a bigger touch screen too. It would be great to watch movies, checking emails, gaming and of course for work. Blackberry keyboard are one of the best, definitely, people would appreciate having them.

Samsung already came out with their folding phone. So, if Blackberry does a 'laptop' phone it won't look out of sorts with the latest trend. Only, instead of a double screen that folds together, they'll have a keyboard. Which would be preferred by Blackberry keyboard lover. Frankly, I prefer to chat on WhatsApp with a qwerty keyboard then a touch screen. 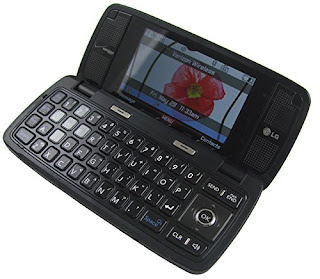 Okay, both of phone the design could be better. Thinner, bezel-less touch screen. With full blackberry qwerty keyboard. A touch mouse like the blackberry classic. Able to connect to your pc or laptop via wireless. Samsung dex capability would be nice. How bout it Samsung?

Why isn't this making a comeback anyway?