The other day, I bought a ps4 camo controller for gaming on my Samsung Note 10+. It works great with most android games. But, the right joypad doesn't seem to work for Call of Duty Mobile Garena. So, I decided to get an Xbox controller instead.

If you're wondering how I know it'll work? It's because I've already tested the game with my Gears of War 4 Crimson Omen Xbox controller. I was actually divided to get either the GOW 5 Kait Diaz limited edition or the Night-Ops Camo. In the end, I decided on the Night-Ops camo. 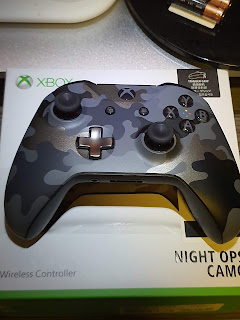 I'm glad I got the Night-Ops Camo. The design is pretty cool. And, it has the latest etched trigger. For the cod mobile, the shoulder buttons are the trigger and aiming. Why can't the game dev make it right? Other then that, the rest of the buttons work just fine.

I didn't have to adjust anything. And, it felt natural playing the game with a real controller instead of the touch screen. Playing the mobile version of COD on my phone is really awesome. Too bad, there isn't any campaign version for the game. That's how powerful the phone has become! 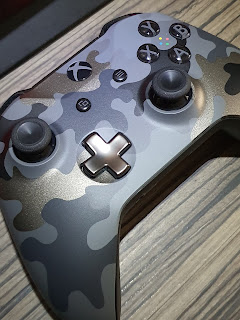 C'mon dev! We need more good android games with controller support. I specifically bought this Xbox controller just to play android games on my phone. Of course, with my portable monitor and Samsung dex pad, I can even play the game on a big screen Tv.

Get the Xbox one Night-Ops Camo controller and other accessories for android gaming!

I prefer my Samsung Note 10+ because it has Samsung dex. The ability to turn your phone into a portable computer. Plug it into a laptop or computer and you'll be able to access your phone data and files via navigating the desktop mode.

Get a portable monitor, Bluetooth keyboard and mouse and you have a desktop setup with just your phone. Mobile computing is the future. Why would you need a laptop or computer for work and play? It's more powerful today than years back.

Mobile computing is the future!