was going to be available for the Nintendo Switch

until today when I received email updates from Bandai. Frankly, I've never played this game before and only saw some video gameplay of it on youtube.

I'm glad they have a demo version of the game. So, I decided to download and try out the game. For a demo, this game plays really well on the switch. I played the game using my third party pro controller

. I haven't tried playing using the switch joy-con. Will be great to play this game on the go!

Right now, I'm thinking of getting a bigger MicroSD card

. I have bought and downloaded too many games and it's filling up fast. As you know by now, the Nintendo Switch lite

is coming out soon. Let's call it a downgraded version of the switch. If you have kids, it's probably great for them.

The Nintendo Switch lite is much cheaper than the original. But, you can't dock and play games on tv. The controller is also fixed to the system. So, you can't take it out and share the controller with your friends. If you want to play multiplayer games, they'll need to have one too. Just like the good 'ol days of the Nintendo 3ds

I'm more excited about the new pro version of the Nintendo switch. It's touted to have better battery life. Almost double the original. It's also supposed to have better graphics and processor. I hope they'll increase the internal storage to 1 or 2 terabytes. I don't want to keep buying and bringing along MicroSD card. It'll be a hassle to keep changing the card to play each game.

All these are good news indeed. But, that doesn't mean the original Nintendo Switch will go away. Not for the moment. It's still one of the best portable gaming console available right now. Not, everyone has the money to pay big bucks for a new system. And, there are already loads of great games you can play right now. 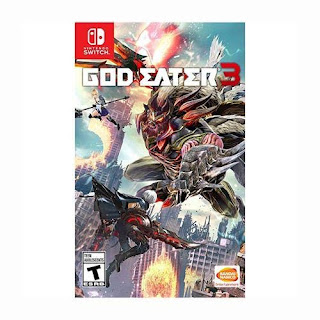 Well, we have seen what's the switch lite are all about. Hope, the switch pro will improve on what's already great about the original. Having the ability to play games like God Eater 3 on the go is a plus. Most of us travel to and fro to school and work every day. Having a gaming console with you is a great plus.

Tired of playing games? You can relax listening or watching your favorite music videos, even some movies on the Nintendo switch with youtube app. Overall, the switch is a great entertainment system. Like I've said before, they need to set up an app store too. It'll be interesting to see what kind of app developer will come out with especially for the switch.

What you say Nintendo!!