Check out my video!

couple of months ago which include some games. But, I think I bought the game, Road Rash

Anyway, nothing beat playing the game on a real Game Boy instead of an emulator. As you can see from the video, the game still play great on it.


This version of Game Boy Color

doesn't have backlit screen light though. Unless, you want to crack it open and modified it. There's actually extra light accessories sold for it. If you're adamant to play it in a dark room.

The volume on this thing isn't loud enough for my ears. I have a bit of a hearing problem. So, that might just be me.

Retro gaming at it's best!

For an old gaming gadget, this thing still in pretty good shape. And, the game collections not half-bad either. Yeah, you can use emulator to play the games on pc or mobile. But, nothing beats playing on the real mobile console.

Get it, if you haven't got the chance before!

By the way, I heard that Nintendo might bring it back like the SNES classic. A Game Boy Classic?Who knows! 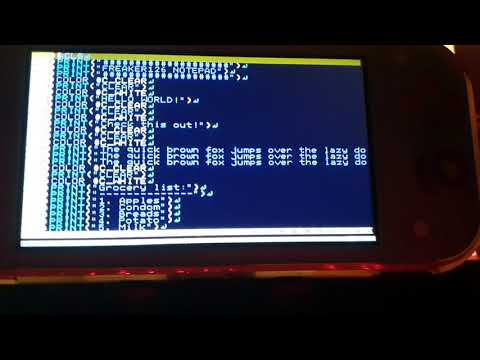