I've just got the, Steelseries Nimbus

, games controller for my ipad pro

So far, I've only use it to play gear.club

and Sega, Street of Rage

. And, I can tell you, playing with a physical gamepad are much more fun than using the exasperating touch control. I'm pretty sure, most gamers would agree with me on that.

There are still games that I've been wanting to try, like the latest F1 2018 mobile, Tekken and some jrpg. Currently, you can't play F1 2018 mobile using an mfi controller but they're supposed to update the game. Can't wait to try it out! 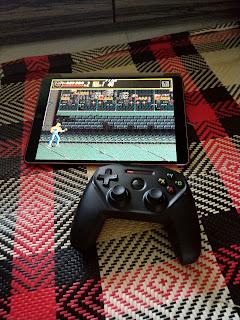 Like, I've said before, devices like the latest ipad pro are already powerful enough to play console-like games. The fact, that triple A game developers are still not taking advantage of this are incredulous!

should already be available for iOS devices by now. With quality mfi controller like the nimbus

, gaming on the go wouldn't be a nightmare anymore.

Indie game developers might want to take advantage of this. Before, the big guns realized their folly, they should develop games with mfi game controller capability right out of the box, in mind. We need more rpg, fps, fighting and racing games! 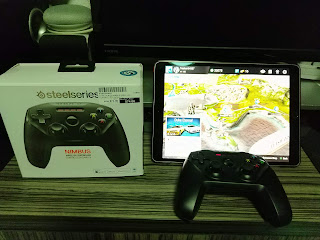 To think, I had to download the nimbus and some mfi controller apps to find games that's controller enabled?

Although, there are current games that are still fun enough to play with a combination of menu touch and controller enabled. If you still haven't got an mfi game controller yet, than get yours via the links below!

I'm still hoping for more real console-like, controller enable games for my iPad pro. It's  a great alternative for pc and console gaming. I think, if all of us gamers keep pushing the game developers for it, they'll eventually get it.

Let's do it guys!

If you like what we do, support by buying from our links!